Hand-crafted just for you in the heart of Alberton, the home of Cake Boys.

Order your hand crafted very unique Belgian Chocolate egg that stands 12.50 cm tall for ONLY R100 per Egg Today!
Contact Cake Boys in Alberton 011 869 4187 or email us on info@cakeboys.co.za
This offer is valid till 30 April 2020

These fine Easter eggs have been hand crafted and painted in pure chocolate by Cake Boys in Alberton.

These Belgian Chocolate Eggs is ideal for corporate gifts or a just to surprise gift someone with something very unique.

Hand-crafted just for you in the heart of Alberton, the home of Cake Boys.

Order your hand crafted very unique Belgian Chocolate egg today!
Contact Cake Boys in Alberton 011 869 4187 or email us on info@cakeboys.co.za
This offer is valid till 30 April 2020 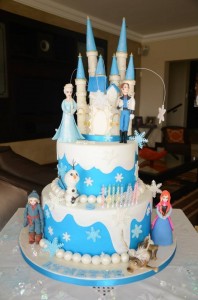 Due to the high popularity of the movie it has become the most popular kiddie’s party theme since the release of the movie. To date we have done a number of “Walt Disney Frozen” themed cakes. Most of these cakes would comprise of the various hand moulded, icing characters as well as the signature “ice shards” that are made from sugar. Our most recent two tier Walt Disney Frozen cake with a splendid ice castle on the top of the cake. The cake featured our latest Blue Velvet creation as the cake. Blue velvet is become just as popular as the former Red Velvet cake. Personally, a Blue Velvet or a Blue Ombre Velvet cake is most suited for the theme. The cake was collected at our premisis in New Redruth, Alberton (South of Johanessburg) and the party was celebrated in Meyersdal. The castle was made from fondant icing that was carefully impressioned to mimic the look of a castle. The castle was crafted over a period of 4 days and was finally put together before the cake was assembled. Each of the characters we made from fondant and “dressed” accordingly. They included the two princesses (Elsa & Anna), Olaf the adorable snowman, Sven the reindeer, Kristoff the iceman and Prince Hans. The delicate snowflakes were each adorned with shimmer and luster dusts to create that “fairy tale” effect. The cake itself took a day to decorate and “ice” as you would say for a Walt Disney Frozen themed cake. The clients reaction included:

What a delicious cake! So nice and moist!!! Will always use the Cake Boys!!! Liesl van Niekerk See more photo's on our Facebook page by clicking here. 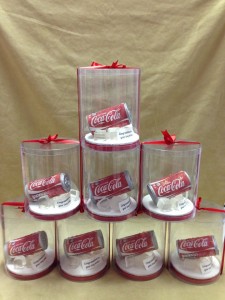 Continue reading...
× How can I help you?